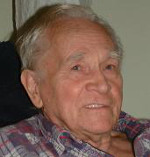 A bit of history

In 1973 a Gay Writers Group was founded within CHE (The Campaign for Homosexual Equality) by Michael Harth, then Convenor of the Stepney CHE Group, together with Peter Robins, who had also been heavily involved in the London CHE scene, and went on to write a number of novels. In 1978 the Group ceased to be a CHE group, and was re-founded as the Gay Authors Workshop. Michael Harth continued as one of the main organisers of GAW, alongside others including Elsa Beckett and Kathryn Bell.1

Michael Harth continued as a leading member of GAW until his death in 2016. Our new anthology, A Boxful of Ideas, is dedicated to his memory.

1 Source: Amiable Warriors, a history of the Campaign for Homosexual Equality and its times, Volume One (Paradise Press, 2014) page 497.

GAW remains a non-profit organisation. Its aims are to:

Paradise Press was founded in 1999, and has always been closely associated with GAW, but until recently had its own constitution.